COVID-19 Alert: Carlsbad Pest Control Company is still open for business. We have put in place and will continue to re-enforce safety measures to protect our staff, our customers and the people of California. 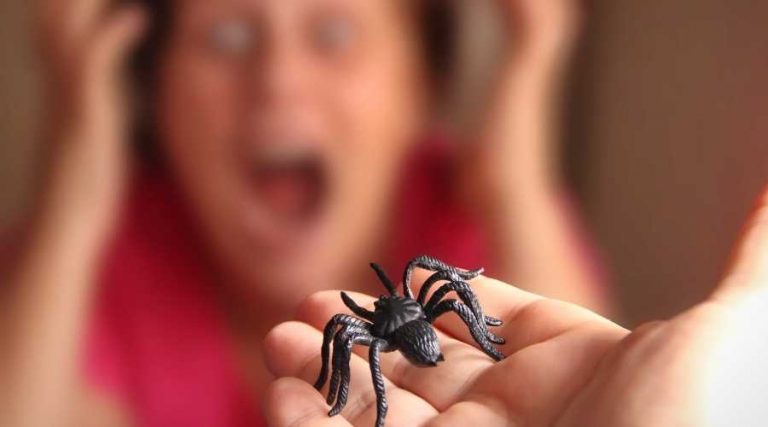 Arachnophobia: Fear of Spiders & How to Overcome It?

According to studies, the lifetime prevalence of specific phobias varies between 3% and 15% worldwide. Amongst these phobias, the fear of animals and heights are the most predominant one. A phobia is more than just a fear. It’s a powerful feeling of anxiety and continuous distress that makes you feel like you’re in some danger.

Arachnophobia, often known as spider phobia, is an extreme fear of spiders. Like other phobias, it can be enervating and interfere with your daily life. People with arachnophobia are likely to suffer dread and anxiety when encountering spiders or thinking about them. Arachnophobia can also prohibit you from engaging in particular events or situations as your mind continuously tells you that spiders are a threat.

Why are People Afraid of Spiders?

Arachnophobia, like other phobias, can develop in a person due to witnessing other people’s reactions to spiders. It is a learned response influenced by one’s family or culture. When people at an early age observe a family member fleeing the house at the sight of a cobweb or crying in panic, these reactions often stick in their minds, ultimately leading to arachnophobia.

According to some psychologists, people who had distressing experiences with spiders, such as a spider bite, are more vulnerable to developing arachnophobia. This school of thought is known as the “conditioning perspective” on arachnophobia.

Studies indicate that another cause of arachnophobia is an emotion known as revulsion. This feeling can be triggered in humans by fear-relevant animals or insects, particularly spiders, and it is naturally evolved to prevent sickness and illness.

Various researches also suggest that arachnophobia, or a fear of spiders in general, is an innate survival technique of the human race.

How to Overcome Fear of Spiders?

There is no way to avoid the development of a phobia, and they are unlikely to go away in adults without therapy. If a person chooses to address their arachnophobia, they should consult a doctor, who may recommend one or more of the following treatments:

Gradually exposing individuals to their phobias so that they can devise specific methods to overcome their fears is known as exposure therapy. Researchers are constantly studying the benefits of this approach for arachnophobia.

According to one research, watching videos or documentaries related to spiders can help people recover from arachnophobia.

Some researchers are also suggesting virtual reality to be an effective treatment for arachnophobia. However, further research is needed to determine the potential advantages of this technique.

Another study has revealed that letting people decide the time of exposure to spiders can result in faster recovery rather than not providing them any control.

Cognitive-behavioral therapy (CBT) is one of the most effective treatments for phobias like arachnophobia. It can be done once a week, in a group, or one-on-one. In CBT, the therapists share various techniques with the sufferers that help them understand their phobias and the situations that trigger them. People then apply these practices in their daily lives to overcome their fears and recover from phobias. CBT involves the following techniques:

How to Get Rid of Spiders?

Whether you are terrified of spiders or not, most people would agree that they do not belong in your house. Consider the following remedies to keep them out of your living space:

Phobias are incredibly unpleasant to encounter and can deteriorate an individual’s entire quality of life. If you are finding it hard to enjoy your life due to arachnophobia, consider seeking therapy and assistance from a doctor or mental health expert.

We are a locally owned full service residential and commercial pest control company that provides top-notch and timely pest control exterminator service
to our clients.

Give us a call today to ask us any questions about our pest control services, or your particular pest
management needs.